Dallas tattoo removal statistics show approximately 20% of adults aged 18 and up have at least one tattoo. Around 14% have two tattoos or more.  And 10% who have at least one tattoo say they don’t like them.  Perhaps they got their tattoo on a whim because it seemed like a good idea at the time, it was inexpensive and it only took a few minutes to get.  Or maybe at one time the tattoo was meaningful, but now, it no longer was relevant. 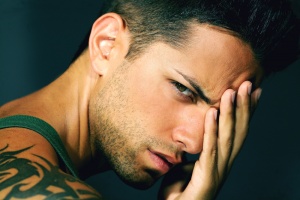 A question we get asked a lot at the National Laser Institute Med Spa is does tattoo removal hurt?  Some say the sensation is like a rubber band snapping against the skin.  When pain is measured on a scale of one to ten, dallas tattoo removal specialists at the National Laser Institute Med Spa tell our clients it’s similar to sensation of getting a tattoo. So – if it’s pain your are worried about – if you can tolerate getting the tattoo, you will be able to tolerate getting it removed.

We invite you to call 800.574.8377 or click here and receive your complimentary consultation with one of our Dallas tattoo removal experts at the National Laser Institute Med Spa.