Antiaging Medicine: Can You Slow Down Aging?

According to a recent article in Harper’s Bazaar titled “Can You Slow Down Aging”, aging not only is caused by external factors, it goes down to our very cells. This theory is based on a consensus of scientists studying antiaging medicine who have discovered groundbreaking ways to slow down and even stop the aging process. 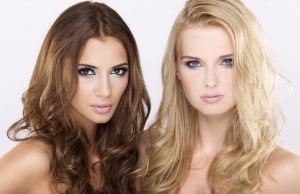 Antiaging Medicine: Can You Slow Down Aging?

Our cells have a limited life expectancy: once they have divided 50 times or so, they can reach their limit and stop dividing. In the past, the antiaging medicine community believed this was the only reason we lose our capacity for cell regeneration.

Antiaging medicine has now discovered the root cause of aging is what our cells do after they have lost their ability to divide. They go into a senescent state, where they scatter harmful inflammatory matter which poisons the healthy cells around them. It is possible these senescent cells could be catalysts for everything from cataracts to cancer.

“Senescent cells are clearly bad and clearly contribute to the aging process,” says Laura Niedernhofer, a DNA researcher at the Scripps Institute in Jupiter, Florida. “So there’s been a race to find drugs that can target them.”

Historically, scientists studying antiaging medicine found senescent cells were difficult to isolate and get rid of.  But now it has been proven that Dasatinib and quercetin can eradicate senescent cells while leaving healthy cells intact. Dasatinib is an FDA-approved leukemia drug, and quercetin is a common antioxidant flavonoid available as a supplement and is found in cilantro, onions, capers, and kale.

Clinical trials are being organized for dasatinib–quercetin, but it’s premature for people to use them. Until the combination is FDA approved, it will be dangerous for people to take these drugs before we know what all the side effects could be.  For now, however, it’s safe to say that quercetin as a supplement and when consumed in whole foods, will be highly beneficial for any antiaging regimen.

We invite you to call us at 800-574-8377 or click here for your complimentary antiaging rejuvenation consultation at the National Laser Institute Med Spa.  We look forward to working together with you to achieve the common goal of beautifully ageless skin.