Have you ever wished your annoying “double-chin” would just disappear? Now there is a way to get rid of your double chin without going under the knife.  At the National Laser Institute Med Spa, our Kybella Scottsdale injectors are rated #1 in the medical aesthetics field.  Even though Kybella is new to the Arizona marketplace, our doctors and nurses are already world renown for their expertise because they teach other medical professionals from around the globe how to inject Kybella. 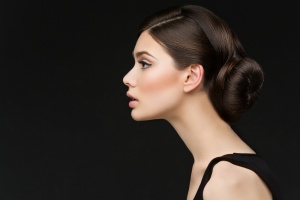 Kybella, which is comprised of deoxycholic acid, is the only FDA-approved injectable treatment that targets, contours and eliminates the fat cells under the chin without surgery, anesthesia, or scarring.   Kybella improves the look of moderate to severe submental fullness, also known as a “double-chin”, which in the past, could only be removed with liposuction or invasive surgery.

A double-chin is caused by aging, genetics, and weight gain, and can be unwavering even with diet and exercise. If you have had enough, and want to do something that will finally work to get rid of your double-chin, we invite you to the National Laser Institute Med Spa. Each Kybella treatment takes between 15-20 minutes. When injected into the subcutaneous fat under the chin, Kybella triggers the eradication of fat cells rendering them unable to store fat. Many of our patients see noticeable results in two to four treatments at least one month apart. Kybella therapy is designed to match your desired aesthetic outcome for a beautifully corrected contour of your chin.

Have you ever wished your fat cells in that annoying “double-chin” would just disappear?  Well, with our Kybella Scottsdale injectors, magical results will become your reality!  For the month of January 2016, get $200 off Kybella at the National Laser Institute Med Spa!  Call 800.574.8377 or click here for your complimentary consultation with one of our Kybella Scottsdale injector experts at the National Laser Institute Med Spa.